Another successful job has been done by the Terragold team, supported by experienced welders from Warter Polymers, our valuable supplier of HDPE geomembranes of the highest quality, and with [...] 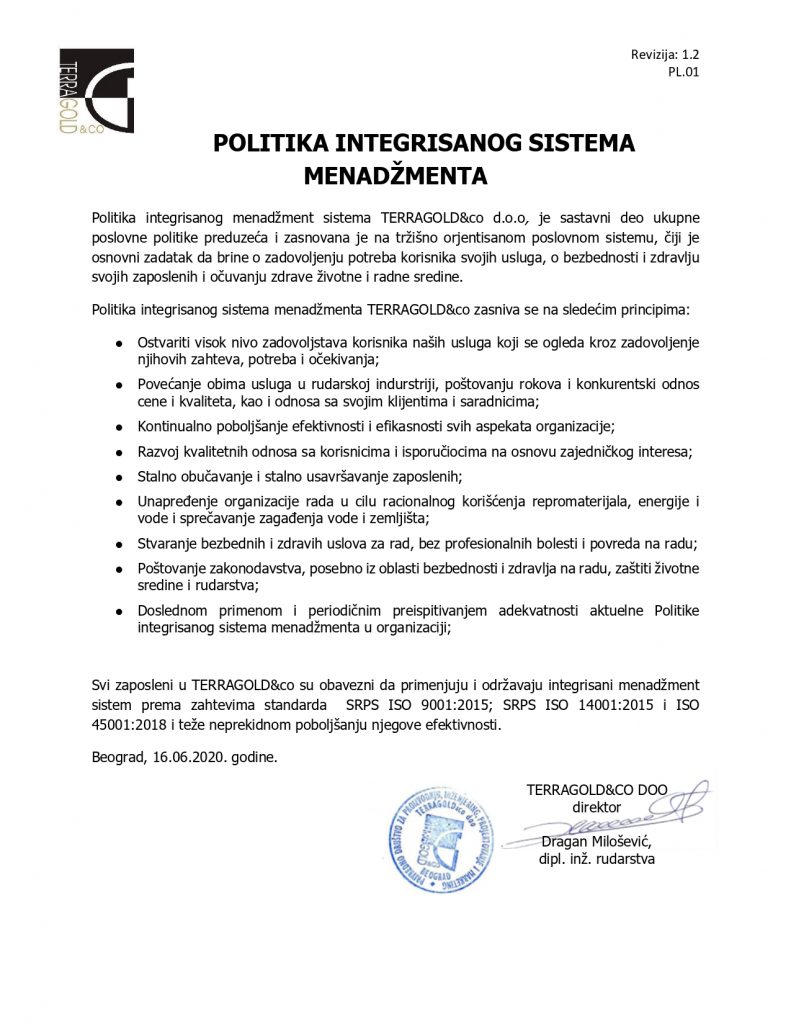 Terragold has entered into a partnership with ABITIBI GEOPHYSICS a Canadian topnotch provider for more than 100 mining exploration companies around the world. They use state-of-the-art equipment [...]

Raise-boring shaft construction in a quarry Suva Vrela, as a second phase of a Shaft&Tunnel project development in Titan Cement Factory in Kosjeric, have been started at the beginning of June [...]

Terragold has designed the works on removing rock mass which threatens traffic at Puhovska Stena location. All the works has been safely and successfully finished in 2018 by STRABAG. ...

We are very proud to announce our new record! Thanks to the commitment of the entire team of Terragold in last four months, we have set our new record in permitting of a quarry! FOUR MONTHS to [...]

An increase in our capabilities

Terragold has strengthened the capabilities of mining construction division, by signing MoU with Lund Mining Services, Australian based mining contractor, with mutual intention to work together [...]

Canadian junior miner MEDGOLD engage Terragold for historical Barje adit support and stabilisation at their active exploration license Donje Tlamino. The adit has been constructed during 1957 [...]